THE DISRUPTIVE FUTURE OF KNOWLEDGE MANAGEMENT

In the following post we will be looking at the future of knowledge management (KM), specifically we will explore together the key tenets of what the field has to hold and how technology will change the role of the KM  practitioner.

Historical aspects of KM (some history nuggets that should be considered before reading on).

The following timeline showcases the three generations of Knowledge Management

KM evolution is made up of three generations; there hasn’t been consensus on the third one and it´s not something that you will find in KM textbooks. However,  it is a picture of the reality surrounding KM at the moment.

It´s hard to pin-point an exact date for the beginning of KM. I personally like to refer to 1987 since in this year a very special book was published in England by Karl Sveiby and Tom Lloyd called “Managing Knowhow”. Although the term KM wasn’t used here it provided companies with a structured framework and business case in order to understand why organizations should start paying attention to their intellectual assets.

First generation KM was primarily IT driven and during this period we saw the rise of tools such as IBM´s Lotus Notes and the first Intranets (focus on information, not knowledge)

In 1995, Nonaka and Takeuchi published a book called the “knowledge creating company”. The Japanese authors warned KM practitioners that in order to drive KM success they needed to focus on people rather than IT. This advice would only be taken into consideration a decade later.

Nonaka and Takeuchi introduced the SECI model which became a cornerstone foundation for KM. Their approach meant that KM models should be looking closely at the way knowledge is generated within people in order to prepare a process to make knowledge generation and sharing much more easy (specially, in order to turn tacit knowledge into explicit).

Second generation KM was primarily people focused and looked to create processes based on Nonaka´s SECI model- how knowledge is generated, made explicit and socialised in organizations.

Following another 10 years we come to third generation KM and this is where something really interesting occurs. Going through the lessons learned obtained from many decades of work, third gen KM is founded on the idea of “going back to the basics”. What does this mean?

It means that KM needs to focus primarily on critical knowledge before investing in any tech solution or looking at specific actions. The reason I refer to 3rd Gen as C-Gen KM is because there are three powerful “Cs” present:Connectivity, collaboration and co-creation. In another post we will look at the underlying aspects of third gen KM but for the moment lets concentrate on some of the principal IT components surrounding the future of KM.

KM technology of the future (and right now!)

Third gen KM doesn’t discard IT. On the contrary, it requires tech more than ever before. But what sort of technology are we speaking of? The specific tech that is made present in current times and which will definitely shape the future of KM are four forms of technology that combined will make a big difference in companies:

This is the future of KM. Let’s dig deeper now.

Have your heard of IBM´s Watson?  #Watson is a system created by IBM that integrates natural language processing and machine learning in order to reveal insights from various data sources. In short, it is able to learn and provide solutions. If you are fond of Jeopardy, a very popular american quiz show, then you will probably remember the episode when Watson competed with human participants and won! In order to win, Watson combined two separate areas of artificial intelligence research with winning results. Natural language understanding was merged with statistical analysis of vast, unstructured piles of text to find the likely answers to cryptic Jeopardy clues. 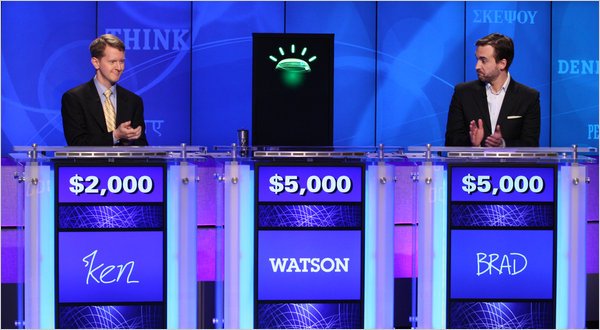 So Watson in some way is able to replicate the human thought process in order to give meaning to the information it analyses. Powerful stuff for KM.

In fact, Watson is being used in medicine in order to provide expert advise to doctors who would have to otherwise undertake many hours or weeks of learning in order to correctly process information. For example there is a specific Watson solution for oncology in which doctors get  the assistance they need to make more informed treatment decisions. Watson for Oncology analyses a patient’s medical information against a vast array of data and expertise to provide evidence-based treatment options.

This new forms of cognitive systems that understand, reason and learn are helping people expand their knowledge, improve their productivity and deepen their expertise. In short, Watson is like an artificial brain. But a brain wont function unless it has a body and this is where advanced robotics comes in. 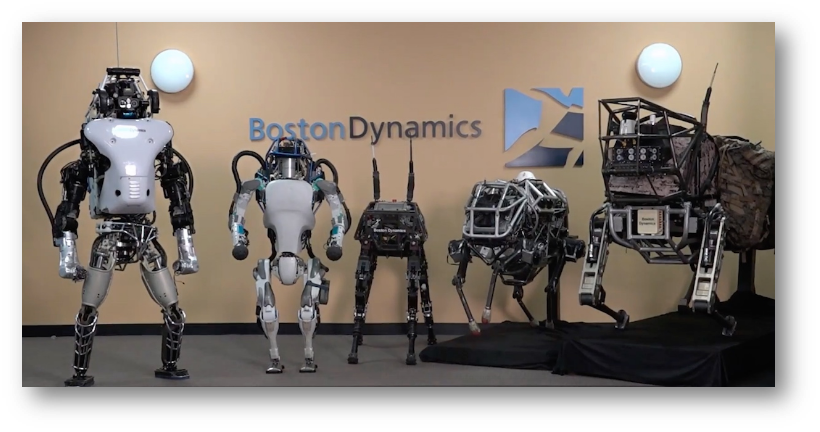 If we look at some of the advances in robotics, we find companies such as Boston Dynamics that are capable of producing robots with amazing human movement skills. For example, one their robots “Atlas” has a humanoid form and possesses articulated, sensate hands which will enable Atlas to use tools designed for human use. Atlas includes 28 hydraulically-actuated degrees of freedom, two hands, arms, legs, feet and a torso.

What would happen if these robots are plugged to a Watson like system? This is where cognitive technology and robotics give way to artificial intelligence.

If you got to this point, I am  sure that you might be thinking that this level of technology seems more sci-fi than reality. Just let me point out that this technology is already available and it is being used by a number of firms. You can even head down to the Watson portal, download the API´s and start using Watson at home!

Have you used 3D printing yet? I have, and I must admit it´s wonderful. I had second thoughts whether or not to include it as part of the tech that is changing KM, but I find it to be a powerful tool for tacit knowledge transfer. For example, two people working on separate locations can literally co-create prototypes as they share experiences and information. This means that you can touch and feel the outcome of the shared knowledge!

3D printing is a powerful tool for tacit knowledge transfer

Not only can we facilitate tacit knowledge transfer this way. Virtual reality is also helping in this regard and with the recent advances in the field we might experience learning in a whole new manner. I would like to invite you to check out the HoloLens website so that you can see it for yourself.  Microsoft combined virtual reality with hologram technology so that users can actually interact with the objects they see. In this sense, imagine what a knowledge transfer session would look like using this tech! I’m very eager to try out! 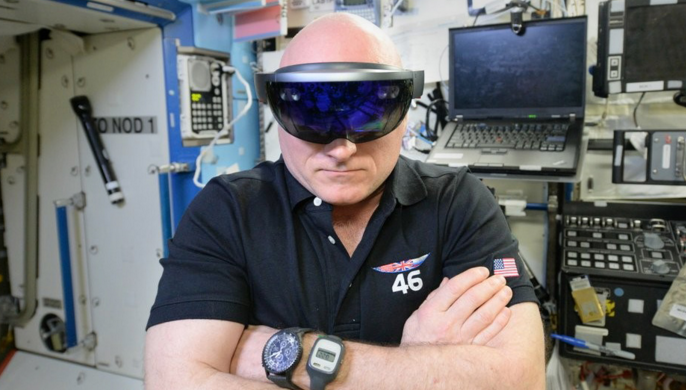 KM is finding new forms of technology as opposed to traditional IT that dresses in the form of Intranets, databases and social networks. The future in this regard is very exciting for KM and there and many things we can expect in the short term. KM practitioners will have to start learning about this technology and a radical shift in their future role is that they might be summoned to feed this systems.

However this doesn’t mean that we should forget the focus of KM. “Going back to basics” entails understanding first what knowledge a company should focus on as opposed to managing all of your company’s knowledge. This is not wise and very dangerous   as you might be allocating resources and time in order to develop knowledge that is not related to the company strategic plans or primary results.

So exciting times are waiting for KM. It would be interesting to discuss the use of this technology in companies (which is already happening as we speak). I am particularly interested in following the advances made by Watson in the medical field as it is rapidly impacting outcomes and providing doctors with a knowledgeable resource in order to take action rapidly. 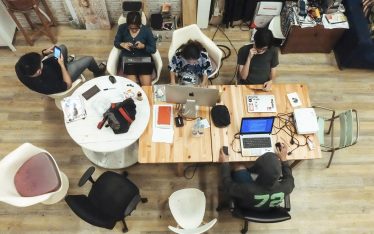 What does a Knowledge Manager do inside a Marketing Company?
Last year I was approached by a marketing agency based in Lima, Perú. The director asked me if I was interested in forming part of the team. My first impression...
11 Likes 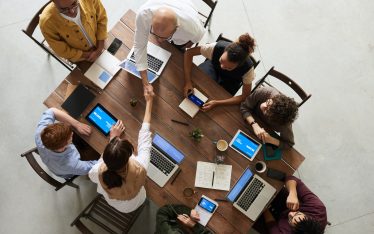 If you were given the chance to work on KM from scratch ¿where would you focus attention?
The traditional way to coordinate KM was to gather, organize, share, and analyze  knowledge in terms of resources, documents, and people skills. The problem with this approach was that it...
16 Likes 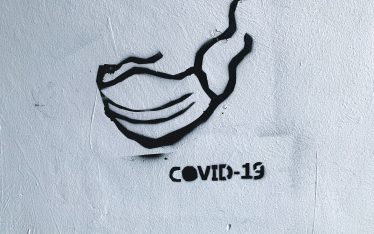 HOW KNOWLEDGE MANAGEMENT CAN RESPOND TO COVID-19
We are all in the middle of an unprecedented situation. The COVID-19 outbreak has developed very fast around the world and the impacts are reverberating extensively. Although many advice to...
18 Likes